In prosperous North Germany during the Renaissance, afternoon vespers in Lutheran churches were occasions for lavish musical productions featuring choir and organ. In this concert, Zephyrus performs some of the finest 17th-century music written for vespers, with chants from Franz Eler’s Cantica sacra, elaborate choral works by Schütz and Praetorius, and organ music by Scheidemann and Scheidt.

Zephyrus is a non-profit vocal ensemble based in Charlottesville, that is dedicated to the performance of music from the medieval, Renaissance, Baroque, and modern eras. 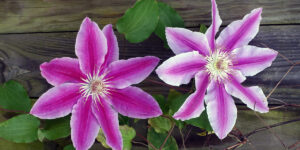 In this time of social isolation, we all need words and music to uplift and comfort.  When we think of comforting songs, there are many that come to mind. The Westminster community is full of talented people. Some of them have sent us recordings of themselves performing music they find comforting. These selections are collected with […]