Westminster has gotten some Commonwealth-wide recognition! Virginia Interfaith Power & Light (VAIPL) is our state affiliate of Interfaith Power & Light, which brings together faith communities to mobilize a religious response to climate change through energy conservation, energy efficiency, and renewable energy. Recently, their news featured solar faith communities and congregations across the state, and Westminster was one of those featured.  Click here and scroll down. 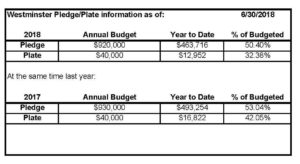 If you want to find out what churches and religious communities are doing in Charlottesville this summer, I invite you to check out the Charlottesville Clergy Collective (http://www.cvilleclergycollective.org/).  In its vision statement, “the CCC seeks to be a God-centered faith community of prayer, solidarity, and impact within the Charlottesville-Albemarle Region of Central Virginia.”  For last several months, I have been attending breakfast meetings with clergy and lay leaders, both black and white, for purpose of befriending new colleagues in ministry across the religious spectrum as well as learning first-hand about the racial challenges in Charlottesville.

In light of the July 8th KKK rally in Justice Park and another rally scheduled for August 12th, the CCC, in coordination with the city and other groups, has been planning a faith-based response to these events which promote hatred and division in our community.  Here’s what we have planned so far for Saturday, July 8th:

I also encourage you to check out events at the Jefferson School http://jeffschoolheritagecenter.org/.

11 to 12 pm – Two half-hour breakout sessions in various rooms in HC and other areas to answer questions of “Why Should We Care?” Topics include: immigration issues, Black Lives Matter, and how to deal with stress in felt in today’s climate.


As events on July 8th and August 12th develop around town and churches come together to stand against hatred and fear, may we, as God’s precious children, come together and pray for Christ’s unsurpassable peace to fall afresh on Charlottesville and Albemarle County.

In case of snow, sleet, or freezing rain, we will air any cancellation on local radio and TV stations.  Bear in mind that there are Westminster Presbyterian Churches in many other cities—including Waynesboro, Lynchburg, and Richmond.  Please be sure you hear the announcement for Westminster in Charlottesville.

In addition, our website will have up-to-date information: www.westminsterva.org.  Any weather-related changes to the worship schedule or other activities will be posted on the main page of our website.

The church’s voicemail message will also announce any cancellations due to inclement weather.  People who have specific responsibilities—like church school teachers, ushers, musicians, sound system engineers—should check one of the above resources if there is inclement weather.

We hope we won’t be having inclement weather on Sundays, but please keep this information in mind if bad weather comes our way on the weekend. 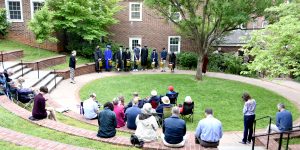