Home / About Us / Pastors and Staff 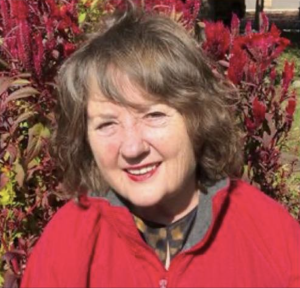 My mother was a Virginian and my father a Canadian. I grew up in Canada in a small tourist town, Parry Sound, Ontario on the shores of Georgian Bay. I attended the University of Western Ontario in London where I received an Honors B.A. and an M.A. in English. After my father died, my mother moved back to Virginia where she still had family. While I was still living in Canada, she sent me an application for this new educational concept in Virginia called the Community College. Subsequently, I was hired as part of the founding faculty at Mountain Empire Community College in Big Stone Gap, VA.
During a leave, I began to work on my Doctorate in English Education at the University of Virginia. I also
taught part-time at Piedmont Virginia Community College. A year later I was offered a full-time position. At PVCC, I taught American and British literature, Women in Literature, and Creative Writing, and worked
extensively in the theatre department where I was actor, director, and dramaturge. During my tenure there, I completed my Doctorate. I married Dave Priddy who taught economics at PVCC, and we began our life together in Nelson County. I retired from PVCC in 2003 as a full professor and chair of the English
department. I graduated from Union Presbyterian Seminary in 2003. I served an internship at First Presbyterian Church in Charlottesville for a year after I graduated. In 2005 I was called as pastor of Tabor Presbyterian Church where I served for eleven years. At the end of my time at Tabor, I took interim training at Pittsburg Theological Seminary, and have served as interim pastor at Campbell Presbyterian Church in Weems, VA. (2016-2018); from 2018-2021 at South Plains Presbyterian Church in Keswick, VA.; and from 2021 -2022 at Rockfish Presbyterian Church in Nellysford, VA. Having served both as an installed pastor and in three interim positions, I look forward to the opportunity 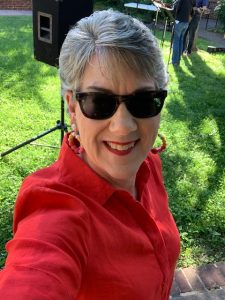 Lynne came to WPC in 2014 after graduating from Union Presbyterian Seminary in Richmond with a Master of Christian Education and Master of Divinity, following many years as a public school teacher. Married to Mr. Lynn (yes, they have the same name), she lives in Orange, a small town where they raised three amazing daughters. She enjoys reading, especially British mysteries as well as books on spirituality and personal growth.  Every summer, Lynne re-reads the Harry Potter series.  Lynne finds God especially present for her near the water and finds soul-rest at the beach. Lynne is an avid walker and finds that God speaks to her while on the trail.  She believes that each of us is on a journey to discovering who God intends us to be, a journey that lasts a lifetime and we are placed on each other’s path to encourage, support and love one another. 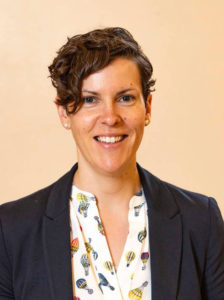 Dorothy, who is grateful to be back in the lush mountains again, joins us from Ann Arbor, where she was a Resident Minister at First Presbyterian Church. As part of a team that re-energized Campus Ministries, she provided spiritual leadership during an inter-generational mission trip to Nicaragua and a pilgrimage along the Camino de Santiago in Spain. Alongside worship and pastoral care, Dorothy has a passion for social justice as part of faith formation. She graduated with her M.Div. from Vanderbilt University Divinity School. While in Nashville, Dorothy interned at Second Presbyterian Church, where she worked with leadership to help deepen that congregation’s commitment to justice and full inclusion for LGBTQIA+ individuals and families. In addition, she focused on intentional anti-racism and intersectional justice through Showing Up for Racial Justice, Nashville Organized for Action and Hope, and other organizations. She is eager to bring these experiences to Westminster as a partner in ministries that cultivate social awareness and spiritual growth, promote justice, and nurture belonging. Some of Dorothy’s favorite things are time with family and friends, playing drums and percussion, a hike in the woods, and a good read in a hammock. She and her wife Dr. Catalina Esguerra, an administrator at UVA’s School of Education, enjoy traveling and exploring Charlottesville together with their dog Sophie. 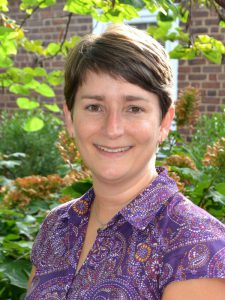 
Megan Sharp is a singer and conductor fluent in a wide variety of styles.  She enjoys working with singers and instrumentalists of all ages to create a diverse and exciting music ministry at Westminster.  In addition to conducting she frequently gives concerts with her husband, Jonathan Schakel, with organ, harpsichord, and fortepiano. Together they inspire the Westminster community to pray and praise through the arts.  Her favorite part of her job is the diversity of creative projects including creating banners, choreographing liturgical dance, leading musical meditations, and drumming.  Megan holds a bachelor’s degree in music from the College of Wooster in Ohio, and a master’s degree in opera from the Boston Conservatory.  When she is not making music you can find her at the Charlottesville T’ai Chi Center and around town teaching and studying T’ai Chi. 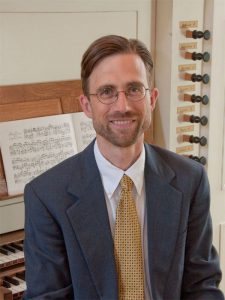 
Jonathan Schakel is organist at Westminster as well as artistic director of the Westminster Organ Concert Series.  He particularly enjoys accompanying the choirs (or even better, singing with them) and leading hymn-singing.  Jonathan holds a master’s degree in organ and early music from Longy School of Music in Cambridge, MA, studying organ and harpsichord with Peter Sykes, and he earned a Doctor of Musical Arts degree in performance practice at Cornell University.  He has given organ recitals in many of the United States, Germany, Scotland, and the Netherlands, including performances at the Piccolo Spoleto Festival in Charleston, SC; Harvard University; Princeton University; St Giles’ Cathedral (Edinburgh); de Engelse Kerk (Amsterdam); and the Ludgerikirche (Norden, Germany).  An avid cyclist, Jonathan is especially fond of pedaling uphill.  He also enjoys running and gardening.


Ashley joined WPC in 2020 from New Orleans, Louisiana, where she was the Social Media and Marketing Director of Antoine’s Restaurant. She has been in the south for the last ten years but is back in Virginia (she is from NOVA). Her role at Westminster as the Communications Manager includes management of the website and social media platforms, as well as email communication, bulletin design, and much more! When Ashley is not working at Westminster she can be found cycling (she is a certified spin instructor and teaches classes at Farmington Country Club in Charlottesville), playing with her dogs, Milli and Hamilton, and spending time with her husband Jack, who is completing his internal medicine residency at UVA Medical Center. 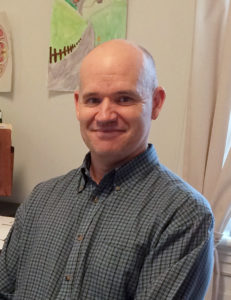 
Steve Brown began working at Westminster in March of 2012 as the Financial Administrator.  He enjoys working with so many people who are personally, spiritually, and financially invested in creating a thriving community at Westminster.  “It is very edifying to have such an integral role in processing the many contributions that make Westminster possible.  I can’t help but appreciate the sacredness of such generosity.”  Steve, his wife Laura, and his three daughters live at Casa Alma, Charlottesville’s Catholic Worker community which provides hospitality to families in need, and models sustainable practices on its urban farm.  Steve and Laura founded Casa Alma in 2009 when they returned from serving with Maryknoll Lay Missioners in Chile.  When Steve is not working at Westminster he can be found fixing up one of Casa Alma’s three houses, or working with the gardens, orchard, animals, and honeybees that make up the urban farm. 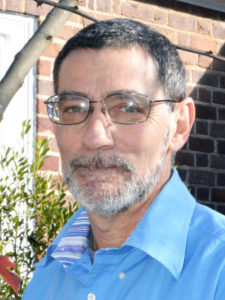 
Tom started at Westminster as the full time church Sexton in 2013, although he had been working for the church on a contract basis since 2011.  As the church sexton he does a variety of work including construction and maintaining Westminster’s facilities.  Tom has been married for 25 years to his wife, Jan.  They have five children, four of whom are currently in college.  Outside of work, Tom is very involved in his church and local community in Madison, VA. He has worked with Samaritan’s Purse and Building Goodness and has taken mission trips in the U.S. and internationally.  Tom also enjoys chopping wood, hunting and fishing. 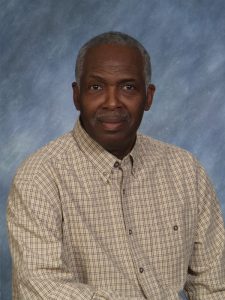 Alonzo joined the staff in 2011 as part-time Assistant Church Sexton after providing vacation relief coverage for Westminster’s Sexton for several years.  Alonzo recently retired after thirty years with Charlottesville City Schools as Building Services Supervisor at Jackson-Via Elementary School.  At Westminster Alonzo takes lead responsibility for the maintenance of the church grounds, provides evening housekeeping of the church buildings and is the person who readies the parking lots and buildings for worship services early on Sunday mornings.  Alonzo spends his time away from the church helping friends and neighbors with projects at their homes.  Alonzo and his wife, Dorsel, have two children and one grand-daughter that live in the Charlottesville area.