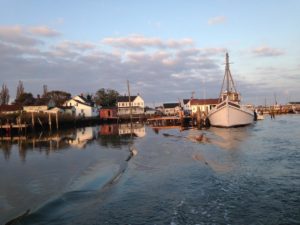 On March 22 at 9:30 a.m., come to the library, to hear Earl Swift, nominated seven times for the Pulitzer Prize, discuss his celebrated book, Chesapeake Requiem: A Year with the Waterman of Vanishing Tangier Island.

Tangier Island, located in the middle of Chesapeake Bay, has been called the “soft-shell crab capital of the world,” as well as being at the heart of Virginia’s oyster industry. Tangier was settled at the time of the American Revolution by families from Cornwall and Devon in England, and the people there still speak with an accent described as a “colonial-era Cornwall patois wrapped inside a Virginia twang.”

Unfortunately, its inhabitants might also prove to be among the first climate refugees in the United States. Tangier has lost more than two-thirds of its landmass to sea-level rise and land subsidence since 1850, and if current trends continue, and in the absence of expensive coastal restoration and protection efforts, the island will likely be uninhabitable within 25-50 years.

Now, with the help of community leaders on Tangier, arrangements have been made for church members to spend the weekend of May 2-3 on the island, staying in their community center and attending services at Swain Memorial United Methodist Church, before returning on the afternoon ferry to Reedville, VA. The cost for the ferry and car-pooling to Reedville is $50/person, and there will be an orientation meeting for the trip on March 25, at 7 p.m. in the lounge. If you would be interested in going on the trip,  contact me or Ken before Earl Swift’s class on the 22, so we can reserve seats on the ferry soon.
Peter Gates
on behalf of the WPC Green Team 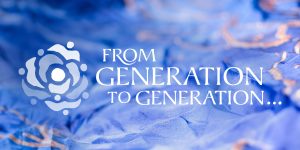